What is Partial Meniscectomy?

Partial meniscectomy is a surgical procedure to remove the torn portion of the meniscus from the knee joint. Meniscus is the C-shaped cartilage located in the knee that lubricates the knee joint, acts as a shock-absorber, and controls the flexion and extension of the joint.

What are Meniscal Tears?

Meniscal tears can occur at any age, but are more common in athletes playing contact sports. These tears are usually caused by twisting motion or over flexing of the knee joint. Athletes who play sports, such as football, tennis and basketball are at a higher risk of developing meniscal tears.

You may have pain over the inner and outer side of the knee, swelling, stiffness of the knee, restricted movement of the knee, and difficulty in straightening your knee. If the conservative treatment such as pain medications, rest, physical therapy, and use of knee immobilizers fails to relieve pain, then surgery may be recommended. Surgical treatment options depend on the location, length and pattern of the tear.

Partial meniscectomy is performed with arthroscopy, where several small incisions are made around the knee. Through one of the small incisions, a miniature camera is inserted to see the inside of the knee. Tiny surgical instruments are inserted through other small incisions to repair the tear. During the procedure, the torn meniscus is removed and the remaining edges of the meniscus are smoothened so that there are no sharp ends. Any unstable fragments which are causing a locking and catching sensation will also be removed.

Partial meniscectomy helps in restoring or maintaining knee stability and offers faster and complete recovery. After surgery, rehabilitation exercises may help to restore knee mobility, strength, and to improve range of motion.

Possible risks and complications of partial meniscectomy include infection, bleeding and injury to blood vessels or nerves. 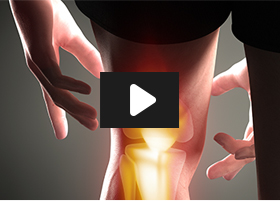